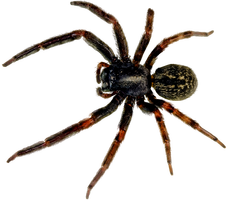 Winter is coming. That means along the Colorado River and in the deserts of the southwest it may be as cold as springtime in Wisconsin. That also means insects and pests will be looking for a place to stay warm and that means they will be moving in with you, unless you put the professionals at Barons Services to work.

Arthropods (e.g., cockroaches, spiders, ants, mosquitoes and similar bug a boos) are exothermic. Put simply most cannot produce their own heat, so they are wholly dependent on environmental temperatures for mobility as well as survival. Some, however, can produce a sort of antifreeze where their hemolymph (blood) contains glycerol that protects them from freezing during hibernation. Depending on the species, most arthropods spend the winter as eggs, larvae, or pupae. Cooler temperatures also slow their development and will determine numbers the following year. Extended periods of freezing temperatures also limit the geographic distribution of these pests. As our winters are mild, we deal with pests year round. Also, cooler temperatures drive bugs into your homes.

Let’s consider the lowly cockroach. Most species will die if exposed to temperatures less than 15°F, not much of a worry along the river or even in Kingman. Still the colder winter temperatures often drive these pests into walls or crawl spaces. As a bit of trivia the Yamato cockroach of Japan actually remains active for extended periods of time exposed to sub zero temperatures.

Spiders are another pest that prefers to winter indoors. They thrive in warmer temperatures, and also as their prey species have moved indoors they follow. Unlike the cockroach, a few species of spiders, such as the brown recluse and black widow, are more than a pest. They are dangerous.

Then there are ants. Now, as fire ants are becoming more prevalent, these too are more than just a mere pest. In nature they tunnel underground to avoid cold temperatures but in more urban settings will nest in homes, in crawlspaces, and in walls or cracks. In a similar manner termites will generally thrive all year in a home, especially in more temperate southern climates. In these areas egg production is continuous throughout the year. Termites can thrive in foundations, walls, floors or attics. Unlike ants they can be a bit harder to detect.

Barons Services is here to alleviate all of your concerns. They are also here to ensure you enjoy a pest free winter. Call Barons Services today for a free estimate.