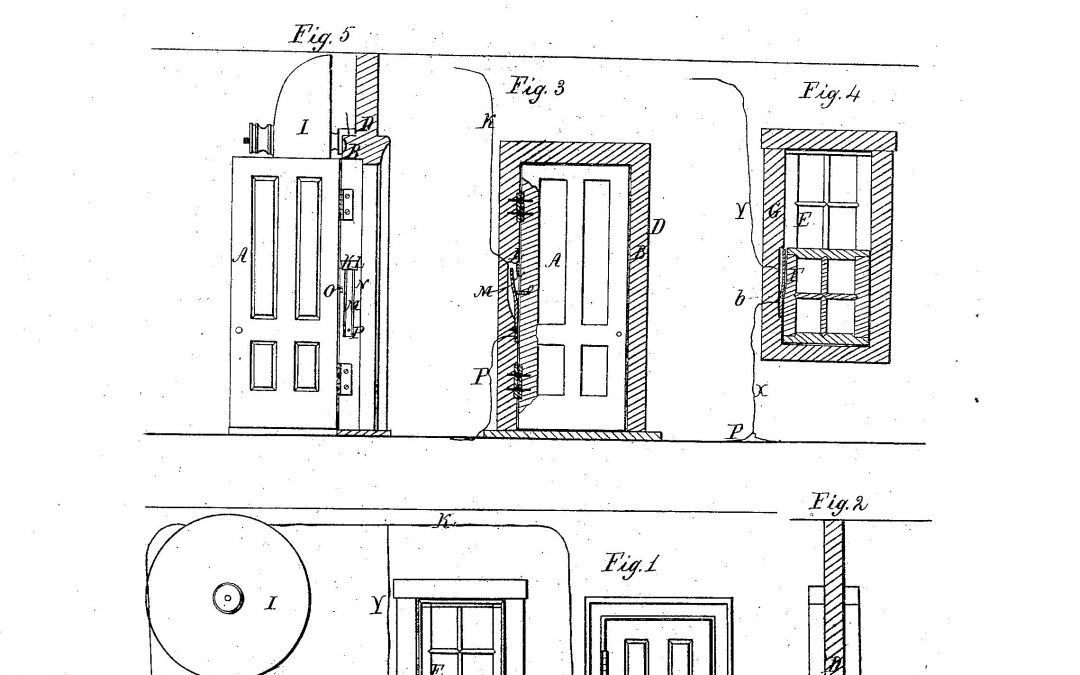 Security systems are most likely as old as housing itself. Tethered dogs served as an early warning system in ancient Pompeii. But geese and pigs were dual purpose alarms in much of the ancient world as they also served as food!

Burglar alarms are nothing new. In one historical document from 386 B.C. it was noted that a distinguished officer was alerted to danger by the flapping wings of cackling geese. Over the years, dogs and other livestock helped protect homes against intruders, and homeowners relied on neighbors or their own family members to keep their belongings and homes safe.

In Plymouth, Masschussetts, in the mid 18th century, an innovative banker devised a mechaical alarm system linked to door locks. In the years that followed similar devices were developed by inventive business owners, and some were manufactured for sale. One of the more intriguing was devised by an English inventor. A series of chimes differentiated between window or door intrusion through an intricate mechanical system.

With the advent of electrical systems, the modern alarm was born. Credit is generally given to the Reverend Augustus Russell Pope of Somerville, Massachusetts for the first patented electrical burglar alarm. In 1853 he patented a dry cell battery operated system with a unit at each window and door linked to bells.

Edwin Holmes purchased and improved Pope’s patented system. He was the first person to manufacture and market an electric alarm system. And with the establishment of a central stationin New York City that was linked to the alarm network, he created the first monitored alarm system. Holmes took this a step further when homes and businesses began installing telephones.

Holmes became an industry leader with the development, installation, and sale of security systems in the late 19th century. Then in 1905 his patents and company were sold to the American Telephone and Telegraph Company (AT&T). This transaction is often viewed as the dawning of the modern security system.

In the mid 1960s, Marie Van Brittan Brown, a nurse living in Jamaica, Queens, and her husband, Albert, an electronics technician, like Reverend Pope more a century before, transformed the security industry. Neighborhood crime rates were soaring and the couple were working opposite shfits.

So, Marie devised an innovative home security concept. Here husband transformed the idea into a functional system. It consisted of four peepholes with motorized video cameras that could be toggled by the occupant. The cameras were connected to a television monitor.

A microphone on the outside of the door, and a speaker on the inside, provided the audio component. A linked alarm could be used to notify police via radio. The Brown’s patented their system in 1966,

Today you don’t need to be as innovate as Pope, Holmes or the Browns. For a customized and monitored system for your home or office, all that is needed is one phone call to the Colorado River Valley security specialists at Baron Services in Bullhead City, Arizona.