Not Much New Under The Sun 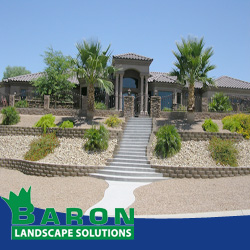 The chain of lakes along the Colorado River, and the river itself, have been the focus of countless news stories this past few months. From the macabre discovery of human remains in Lake Mead as waters recede to speculation on what the future holds as an historic drought continues, the river has become a topic of discussion.

The damming of the river in the early 20th century and technological developments such as air conditioning led to a dramatic transformation in the southwest, and in the Colorado River Valley. In the post WWII era a tsunami of relocation transformed dusty desert towns into major cities. Golf course and swimming pools stood in stark contrast to the harsh deserts. And for a brief moment in time we forgot the old adage that in the desert water is a priceless commodity.

For more than 1,000 years the Hohokam people maintained a delicate balance in central and southern Arizona, and northern Mexico. Crucial to their society that included a vast trade network and flourising cities was a well designed irrigation system. The expansive system was an engineering marvel that connected the Colorado, Gila, Salt and smaller rivers.

Desert valleys became fertile agricultural centers and rich riparian corridors. And the canals provided water to tens of thousands of people. But in about 1450 they abandoned the area. Drought and salinization of the soil that led to excess salts which hinder the growth of crops by limiting their ability to take up water made life in the desert almost unsustainable.

As an interesting historic footnote, in 1868, Arizona pioneer Jack Swilling began renovating some of the ancient canals. These would play a crucial role in the establishment and development of Phoenix that was built on the remnants of Hohokam villages.

In what is today modern Jordan, deep in the harsh wilderness of the Arabian Desert, the Nabataeans but the astonishing city of Petra as their capital and a principal trading hub in the 4th century B.C. Key to their success was development of an intricate system for storing and supplying water, and an awareness about limitations imposed by the desert.

The Nabataeans carefully charted rainfall, and developed an intricate system that collected and purified water. Linked with this system were underground chanels, canals, and cisterns, and a series of dams with bypass tunnels to capture runoff. Some of their well designed systems are still in use today. They also built a system to pipe water from springs in the mountains to the city in the desert.

Transforming your Bullhead City home into a desert oasis complete with a half acre of lush Kentucky blue grass might not be a good idea, especially in light of the drought. But the professionals at Baron Services, the largest swimming pool, landscaping, and home security company in northwest Arizona, can help you be a good steward of water resources and also make your home a haven.

They can create a complete landscaping design that includes drought resistant plants and trees, a controlled drip system, and landscaping features suitable for the desert southwest. And they can install all components and provide year round maintenance and service. Give us a call today and let’s transform your home into a practical oasis.