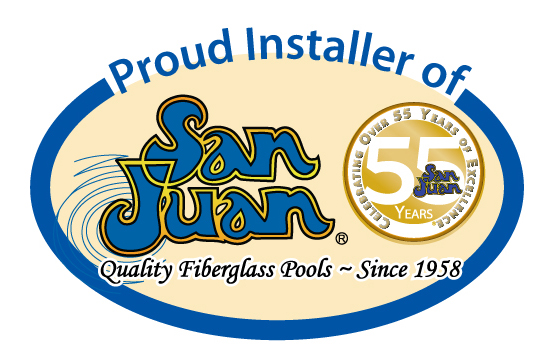 jokes and the plot in a number of comedies such as Christmas Vacation starring Chevy Chase. Here in the desert southwest, especially the Colorado River Valley and western Mohave County the addition of a pool is not a joke, it is a logical step in the transformation of your home into a desert oasis.

An argument could easily be made that the concept of the swimming pool is rooted in the public baths of ancient Greece and Rome. As a historic side note, in A.D. 305 the Romans built a 900,000 square foot pool heated by fires built beneath the floor. The modern concept of the swimming pool in the United States purportedly dates to 1887 and the opening of a public pool in Brookline, Massachusetts. Private residential pools have their origins in the construction of a lavish one on the Vanderbilt estate in Asheville, North Carolina. This was in 1895. The rich and famous quickly followed suit and even Thomas Edison, known for a frugal and simplistic lifestyle, added one to his estate in Fort Myers, Florida in 1910. None, however, could compare with that built at Hearst Castle by William Randolph Hearst.

The legendary Titanic, and her sister ship the Olympic, were the first ocean liners to offer guests the luxury of a swimming pool. However, the heated pools were reserved for first class passengers. Even though hotels had used hot spring and radium pools for marketing the property as a luxury resort for decades, increasingly the prestige of a hotel depended on the availability of a swimming pool, especially after 1920.

A primary reason for the exclusivity of the swimming pool was construction cost. The building of a swimming pool was labor intensive as most all of the work was done by hand. Then, in 1940, the first swimming pool constructed with gunite, a process that used air pressure to push the mixture through a nozzle or gun, was completed and the cost of construction plummeted.  to sprayed on with air press.  This new method was less expensive and was easier to shape.  In the post WWII era, with the dawning of suburbia, construction of home swimming pools soared. This was also the era of the station wagon and the family vacation on Route 66 to the Grand Canyon and California. Motels, just as hotels had used the swimming pool as an advantage over competitors a generation before, began adding pools at a prodigious rate.

In the late 1950’s, the swimming pool industry underwent a number of sweeping changes that again lowered the cost of construction which made pools even more affordable for the home owner. Financing for pool construction was made available, and the National Pool and Spa Institute was formed to provide builders with a venue for the exchange of ideas. This was also the era when the vinyl lined, and fiberglass, swimming pool was introduced. And that takes us to San Juan Pools, established in 1958, that are installed by Baron’s Services.