A Bit of Perspective 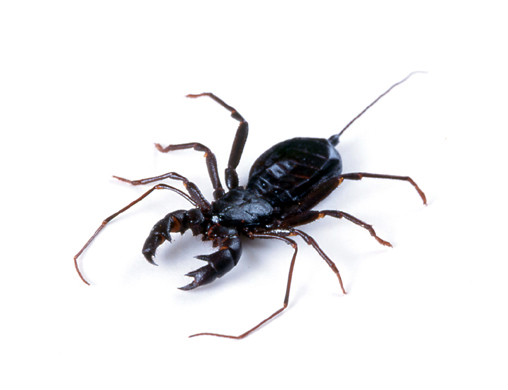 Critters and bugs are just a part of life in the deserts along the Colorado River. Encounters with scorpions, a variety of spiders, hornets, Vinegaroons and similar unwelcome guests are common. Fortunately they are easily controlled with just one phone call to the professionals at Baron Services.

Sometimes it just takes a bit of perspective to see that it could be worse. As an example, a spider, even a harmless garden spider, can cause us to shudder when we see them on the wall. But imagine living in Australia, laying in bed, and seeing a whistling spider on the ceiling.

Related to the Goliath spider, the largest spiders in the world, the whistling spider often reaches a leg span of nearly six and one half inches. In Australia, with an estimated 10,000 species, spiders are the most widely distributed venomous creatures in Australia. But in the land down under there are more deaths from allergic reactions to bee stings than spider bites. Perspective.

Another Australian native that will induce a shiver, or more, is the funnel web spider. There is a degree of exaggeration in stories told. Still, this family of spiders are counted among the most aggressive in the world. There are at least 40 species of these spiders in Australia.

Most are not very dangerous. The exception is the Sydney funnel-web spider. The highly toxic venom affects humans in a manner to poisonous snake bites. Fortunately since the introduction of anti-venom serum in 1981 there have been no fatalities.

The Textile Cone Snail is deceptive killer. Native to Australia, they are also found on Pacific islands including Hawaii and in Africa. Its highly glossy dark brown and yellow shell makes it quite attractive. It uses conotoxin to kill their prey. A harpoon-like tooth injects the venom through microscopic needles that are powerful enough to penetrate human skin, leather gloves and wetsuits. Studies have found that the Textile Cone can contain enough venom to kill 60 adults.

The Australian red back spider is a distant cousin to the black widow spider. It made the news in 2016 as the first spider to cause a human fatality in Australia in 37 years.

On average more than 2,000 people are bitten by redbacks annually in Australia. Aside from being highly venomous they can thrive in a variety of habitats and been found in mailboxes and under toilet seats. Their bite typically produces mild symptoms, such as a rash and a throbbing sensation. Still it is highly recommended to seek an antivenom treatment as quickly as possible. As a bit of trivia, redback antivenom is the most commonly administered in Australia.

Even ants in Australia have a nasty disposition, and reputation. Unlike American ants that are generally viewed as a nuisance that occasionally inflicts a burning sting, the Bulldog Ant attack without provocation. They then use their spiky mouthparts to inflict multiple nasty stings on their victims.

Perspective. The next time you are dealing with an infestation of ants or spiders, first be thankful that you don’t live in Australia. Then give the professionals at Baron Services a call.