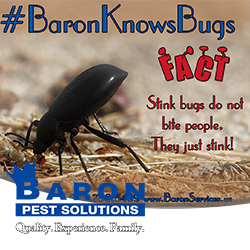 I am confident that we can all agree that 2020 is a year to forget. It seems that each day begins with news of another disaster. COVID-19. A global pandemic. Economic meltdown. Nile River crocodiles showing up in Florida. Rats rampaging in New York City. In all honesty if we got up in the morning, turned on the television and the leading headline was about Godzilla rampaging in the streets of Tokyo would there be surprise? But it could be worse.

Africa is currently dealing with locust swarms of epic proportions. And this is on top of a multitude of other issues. A wave of locusts in April of this year was twenty times larger than anything experienced in past fifty years. The swarms have infiltrated Yemen and and most countries around the Persian Gulf. Other swarms are sweeping through Kenya, Ethiopia and Somalia.

In Texas it’s plagues of “fire ants.” Native to the Paraguay River floodplains in Brazil these invasive creatures arrived in the United States shortly before WWII. In some parts of the state the ants distinctive cone-shaped mounds have become a part of the landscape. After late spring or summer rains the sterile female workers will break holes in the mound’s softened crust and push out hordes of ants with translucent wings. The males take off first, followed by the virgin queens. The flight is usually less than a mile, though a strong wind can carry them much farther. The ants pair off and are thought to mate at 500 to 1,500 feet in elevation. The males will then flutter down to earth and die. The queen digs a trench, looses her wings, and then lays her eggs. In a few weeks, new workers begin building a nest while others strike out in search of spiders, earthworms, and aphids. Within a year, an estimated 10,000 ants will have assembled another hard mound. Meanwhile the population of the old mound will grow and some have been found to contain an astounding 300,000 workers.

And speaking of of invasive species, the latest to make the news are murder hornets. The proper name for these monsters is Asian giant hornet. They are fairly common in many parts of Asia. They are larger than the common hornet and have a characteristic orange head and black-banded orange body. And like their smaller cousins they are social but are not overly aggressive unless their nest or colony is threatened. The threat to people comes from the stinger which is longer than a honey bees and that can penetrate heavy clothing. It should be noted that the sighting in the northwest is not indicative of an invasion. However, it should also be noted that initial reports on the fire ants were equally reassuring.

Here in western Arizona along the Colorado River we may not have to deal with fire ants, or murder hornets, or plagues of locust. Still, rest assured that whatever pest control problems you may have, the professionals at Barons Services are at your service.